At its annual policy convention on April 9-11, members of the New Democratic Party of Canada (NDP) are expected to vote on resolutions such as the abolition of the Canadian Armed Forces, defunding the RCMP, resuming diplomatic ties with Iran, among other resolutions. One of the proposed resolutions submitted by the Spadin-Fort York EDA in the “redefining Canada’s place in the world” section is for the elimination of the Canadian Armed Forces.

The proposed resolution seeks for an NDP government to “commit to phasing out the Canadian Armed Forces.” and to retrain all members of the Canadian Armed Forces “at the expense of the federal government, into civil service roles that help expand Canadian, provincial and municipal social services, such as expanded health care, education, community services, public transit and parks.” 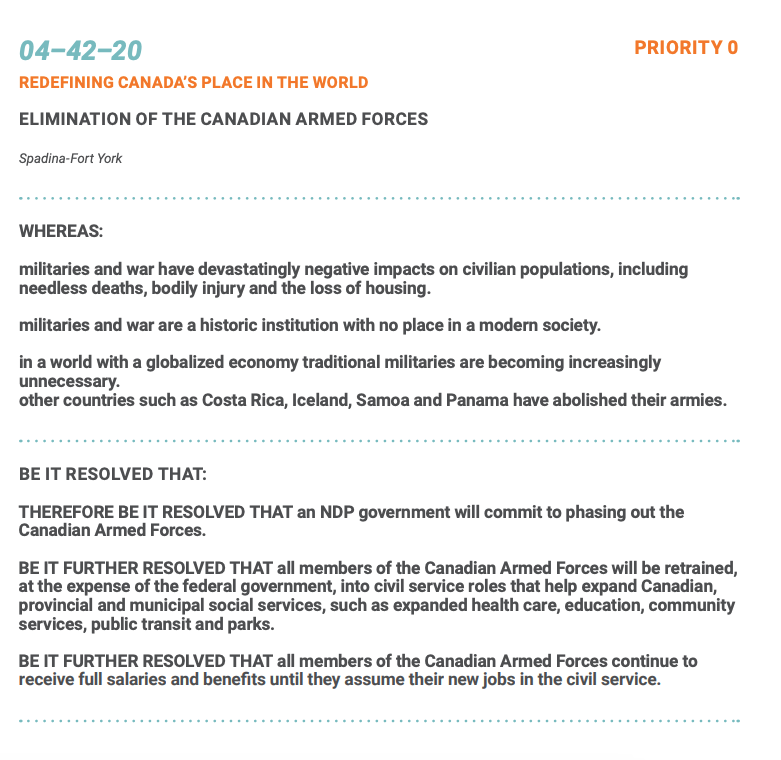 The ‘defund the RCMP’ resolution seeks to change the party’s policy to include policies to “Gradually defunding the RCMP with the eventual goal of abolition.” and reinvest RCMP funding into “alternative models of community-led initiatives, including emergency mental health and public safety measures.”

Additionally, it seeks to change party policy to support “municipalities that want to defund the police by providing federal funds for policing alternatives.” 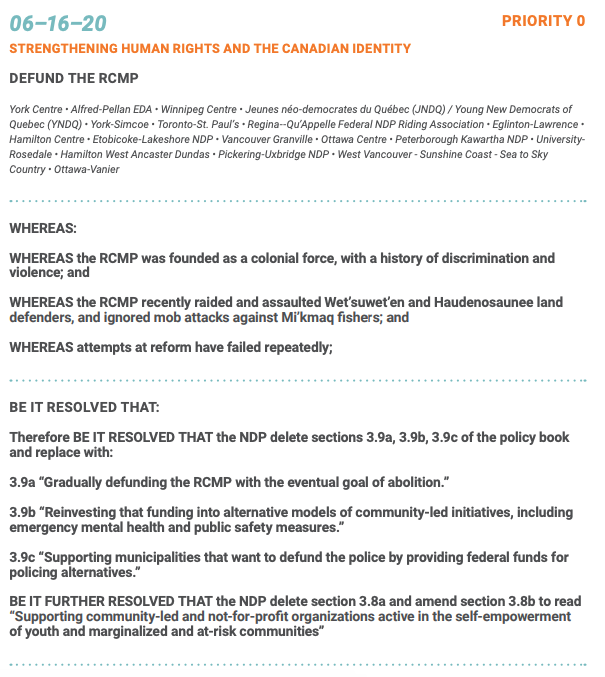 In addition to this resolution, several other defunding police resolutions are being proposed for the NDP’s upcoming policy convention. 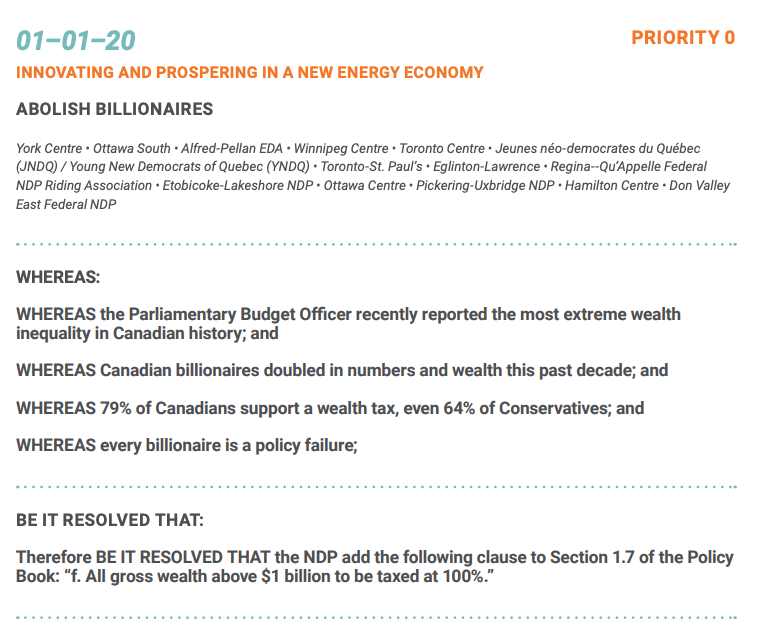 Another fourteen EDA’s are proposing a resolution to “abolish billionaires”, the resolution seeks to tax “all gross wealth above $1 billion” at a rate of 100%.

The proposal states that “every billionaire is a policy failure,”.

A number of proposals at the convention revolve around the nationalization of several businesses including telecommunication, the auto industry, banks and insurance companies, among others.

Another resolution proposed by the Willowdale Riding Association is for Canada to resume diplomatic ties with Iran.

In 2012, Canada severed its diplomatic ties with Iran over Iran being found not to be in compliance with a UN Security Council resolution about its nuclear program, and the Harper government list Iran as a state supporter of terrorism. 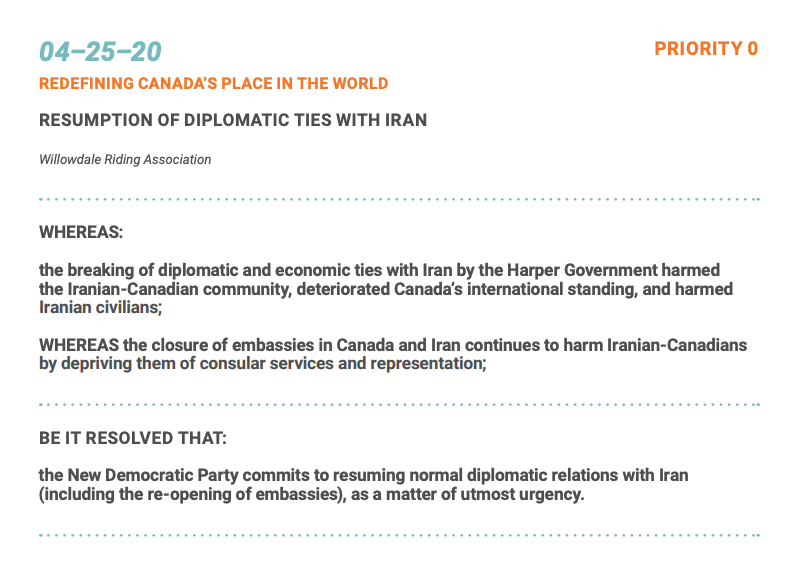 The NDP currently has 24 members of parliament and is the second opposition in the House of Commons.